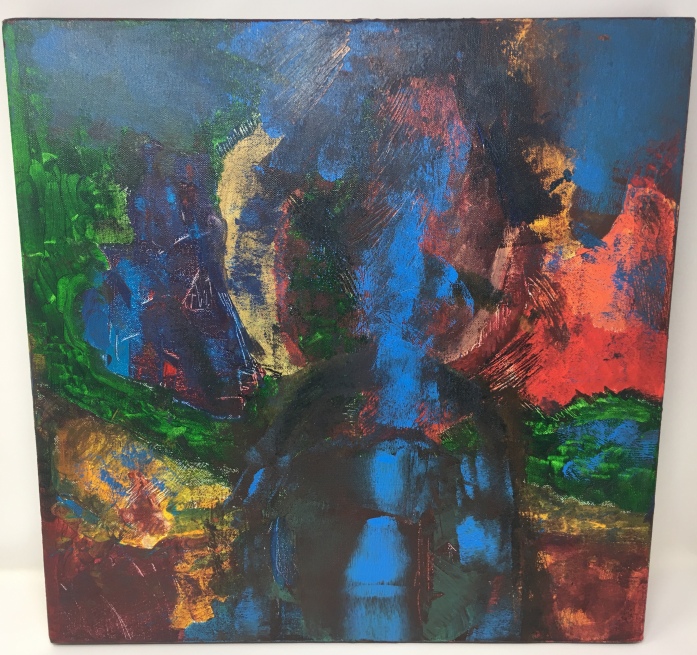 Lately I’ve been focusing more on what I am passionate about, which includes creating art. Among other meanings, I also see art as an emotion that manifests itself in physical form. Volcano Spring is what I imagine when the intensity of a suppressed valuable emotion erupts and spreads in the refreshing season of spring. While creating this artwork, I visualized how a feeling can relate to a volcano that is bound to come forth. Not necessarily in a volatile/destructive manner, but to help nurture in a new beginning and coexist with the starting season. The volcano of emotion integrates with vital spring, creating a mixture that is both intense and expressive while nurturing progression. I am currently working on a collection of artworks, and Volcano Spring reflects a natural inevitable occurrence and how it relates to the complex yet beautiful journey of the intense emotional human experience…something that I am going through right now. In our own distinct pathways, we all are.

Nanotechnology involves the study of extremely small things, which are conducted at the nano-scale ( 1-100 nanometers). This form of science can be used in other fields such as chemistry, biology, physics, and engineering. With the use of nanotechnology, atoms and molecules can be controlled and manipulated. Of course, although everything on Earth is made up of atoms, they cannot be seen with the naked eye. However, with the ability to see atoms /molecules on the  nano-scale, scientists are finding ways to manipulate tiny particles and create new inventions that seems like stuff of science fiction. Nanotechnology could be used in wound dressings to rapidly stop bleeding in trauma patients, to clean up industrial solvents contaminating water, eliminate excess trash, stop diseases internally, and allow us to create anything lighter, cheaper, stronger, and better. All of this and much more are the benefits of nanotechnology that could be an amazing asset to our future on this planet.

However, just like other forms of advanced technology and powerful inventions that mankind has created, there are also cons that many people should ponder on. For one, nanotechnology in the wrong hands could be detrimental to us because it can be used for mass destruction as well. For one, in the wrong hands nanotechnology could be a weapon to destroy the human body. Nanoparticles would be challenging to locate, and with this form of artificial intelligence means it could be a game changer when it comes to warfare & attacks on the general public. Not to mention, there could be unintended health consequences. For an example, our white blood cells could look at nanotechnology “nanorobots” as ”invaders”, and/or our natural immune systems could be suppressed. There’s also the threat of humans relying and becoming entirely dependent on nanotechnology to survive, which could actually be a very unfortunate outcome for us.

All in all, a lot of the expectations that people have for nanotechnology are just concepts and not our actual reality right now. Yet, in the future it is not hard to imagine the heavy usage of nanotechnology. There should be strict ethical standards and codes to follow internationally for this advanced technology to be governed correctly. The thing is, nanotechnology can be used in many ways to help improve our lives and be an incredible breakthrough in health related issues. Yet, this technology can also be used to cause evil and destruction to the world on new levels and rapid speeds than we’ve ever known before. The choice is ours.